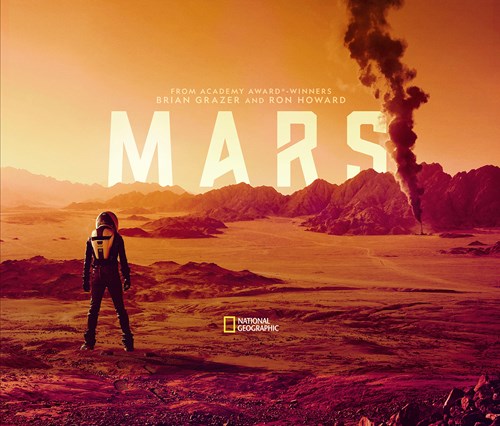 The prospect of mankind living on the Red Planet has never been more palpable. The idea once considered science fiction, but today, the future is definitely red for all of us.

Season 2 of National Geographic’s acclaimed series MARS – dubbed impressive, inspiring and scientifically honest by critics – returns with a six-episode arc continuing in last season’s unique hybrid format: alternating scripted and documentary sequences to predict what life will be like on the Red Planet forecasted by what’s happening today on Earth. National Geographic partners again with Brian Grazer and Ron Howard to envision what might happen when Earthlings become the planet’s first Martians. The new season premieres on National Geographic & Hotstar on 17th November.

The first season of the series showcased how mankind will survive one of its greatest adventure -the journey to another planet. Backed by the research and technology available as of today, space pioneers showcased how the journey to Mars will unfold. The new season, picks up after this background, and highlights the actual problems humans will face as they try to survive on a completely new planet. It highlights a very important question – when becoming interplanetary, are humans doomed to repeat the same mistakes they made on Earth?

On the scripted front, the series tackles seemingly everyday occurrences – pregnancy, break ups, new romances, epidemics, breakdowns, power outages, injuries, exercise, mealtimes and socializing. But when they occur approximately 54.7 million isolated kilometres from Earth – where there is no escape – they are anything but ordinary.

On the documentary front, present-day vignettes draw parallels to the future happenings on Mars by looking at some of the dire issues facing Earth’s last frontier – the Arctic. This includes a spectrum of events that currently are compromising life on Earth – and could plague us in the future, as we become an interplanetary species: drilling, glacial melting, rising sea level and indigenous health epidemics, which surface when the permafrost melts.

The experts once again navigate the audience through the struggles and opportunities awaiting humans on Mars. This elite group includes some of the biggest names in human exploration, technology, the environment and social science, such as Elon Musk, SpaceX CEO; Ellen Stofan, former NASA Chief; Michio Kaku, theoretical physicist and futurist; Casey Dreier, director of space policy at the Planetary Society; Antonia Juhasz, leading oil and energy expert; and Naomi Klein, bestselling author, activist and award-winning journalist on climate change.

“In MARS, everything as simple as the quotidian, like personal hygiene and meals, requires greater effort and is exponentially more difficult in this foreign frontier of limited resources where new rules are often written on the fly,” says Stephen Petranek, MARS’ co-executive producer, scientific advisor and award-winning author of How We'll Live on Mars. “Leaving Earth insures long-term human survival, and we have the technology and spirit to get there, but what will it actually take to live there? MARS is a six-to-nine month trip one way…so before we get there, we better make sure we can permanently make it our own.”

The new season of MARS premieres 17th November, Saturday at 9 pm on National Geographic. The series will be available on Hotstar as well.

STAR SPORTS FORAYS INTO ESPORTS, TEAMS UP WITH NODWIN GAMING TO TELEVISE BGMI TOURNAMENT IN INDIA

This Earth Day, National Geographic in India to launch its impact-driven campaign’ One for Change’

Keep me to up to date with Star's latest:

Thanks for subscribing to Star

We’re looking forward to keeping you up to date with our latest stories.